Let us take a critical look at billboard advertising vs social media advertising so that we can figure out which would serve a [small] business best.

Advertising is the soul of marketing and sales and any business that is not taking their advertising seriously would have little or no sales.

There are numerous ways of advertising your business but billboard advertising and social media advertising stand out from the rest.

This article compares billboard advertising vs social media advertising from a personal experience and goes further to explain which is better and why you should go for which.

What is Billboard Advertising?

Billboard advertising is simply the piece of marketing/advertisement placed on billboards to catch the attention of anyone who sees it.

There are billboards everywhere bearing the advertisement of companies and corporations and the fact that they get [large number of] people to see it is a huge advantage.

How Effective is Billboard Advertising?

According to an in-car study by Arbiton, billboard advertising was found to have more effect on drivers and passengers who drive by billboards.

About 71% of drivers look at billboards and many learn about events or restaurants they can visit. 56% of Americans mentioned a billboard they found in a funny conversation.

The study clearly defines that billboards are always seen by people passing by them and if you follow these effective outdoor advertising tips, you’d make an instant impression that will bring customers to your business.

What is Social Media Advertising?

Social media advertising is the use of various social media platforms to promote or advertise your products, services, or business.

Almost everyone is on social media these days. And this has made it a very viable place or medium through which you can reach a targeted set of people.

The beauty of social media advertising is that you have the capacity of reaching millions of people with an average budget.

How Effective Is Social Media Advertising?

With its global reach, a large percentage of people report that they got to know about relatively new brands through social media.

28% of internet and social media users say that social media advertisements help them find out about new beneficial products.

7 Most Important Outdoor Advertising Tips You Must Know

How to Know a Good Billboard Advertising Company

Billboard Advertising Vs Social Media Advertising: Which Should You Go For?

Having considered billboard advertising vs social media advertising in small detail, let us circle back to figure out which advertising approach to go for.

This decision would hinge entirely on two factors: advertising budget and advertising goal.

Several new businesses were started with very little budget and this is the reason they hardly pay attention to effective marketing.

With a small budget like $400, you can employ the services of a digital marketing consultant who can help you take an honest look at your business and come up with a creative advert that will immediately start selling your products.

If you are running on a slim budget, you should focus more on social media advertising.

Your company’s advertising goal is another factor that will help you choose between billboard advertising vs social media advertising.

If your advertising goal is to structure a one-time advert material that would help create brand awareness, then billboard advertising is better.

Here is a Pro Tip

While starting, use social media advertising to gain product sales and market share almost instantly until when you have enough money to pay for billboard advertising.

There are still people who are not on social media who need to know about your business.

Besides, we are not always on our phones; wouldn’t it be better to see the same company I knew through social media advertising in the streets while I walk by Times Square or sit down for some burrito in my favorite spot in Utah?

Utilizing the two advertising models would go a long way to increasing your brand equity and market share.

7 Steps to Create an Irresistible Offer

Noble Cyril Amaugo is a result-driven Business executive and an award winning Copywriter and blogger who shares business principles and tips on www.buildgoodbusiness.com. He has featured on several authority blogs and business publications across several industries and talks more about Business Growth, Marketing, and Sales

How Best to Promote Your New Podcast and Go Viral Easily

Very informative post. But to me, social media advertising is the best because people who are interested will engage immediately.

That is true for sure but has an exception in some cases which is why most big brands only build communities on social media but do no run paid advertising on the platforms.

Thanks for coming around. 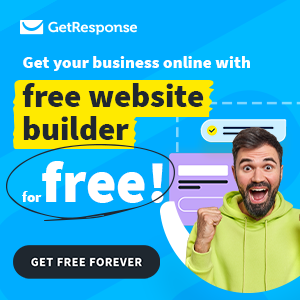 How To Choose A Perfect Dropshipping Niche

How To Start A Bike Delivery Business In Nigeria

5 Most Important Blogging Tools Every Blogger Must Have Now.

How Customer-Centric Marketing can Help your Business Grow

This website uses cookies to improve your experience while you navigate through the website. Out of these cookies, the cookies that are categorized as necessary are stored on your browser as they are essential for the working of basic functionalities of the website. We also use third-party cookies that help us analyze and understand how you use this website. These cookies will be stored in your browser only with your consent. You also have the option to opt-out of these cookies. But opting out of some of these cookies may have an effect on your browsing experience.
Necessary Always Enabled
Necessary cookies are absolutely essential for the website to function properly. This category only includes cookies that ensures basic functionalities and security features of the website. These cookies do not store any personal information.
Non-necessary
Any cookies that may not be particularly necessary for the website to function and is used specifically to collect user personal data via analytics, ads, other embedded contents are termed as non-necessary cookies. It is mandatory to procure user consent prior to running these cookies on your website.
SAVE & ACCEPT
error: Content is protected !!
wpDiscuz
0
0
Would love your thoughts, please comment.x
()
x
| Reply